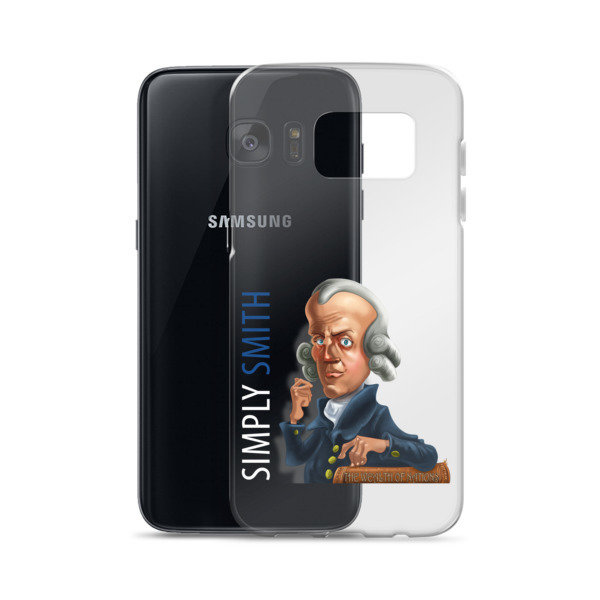 SKU 105980262-8942
$25.00
In stock
1
Product Details
The author of what is widely considered to be “the Bible of capitalism,” Adam Smith (1723–1790) was a Scottish philosopher and economist who pioneered modern economic theory. A contemporary of such figures as David Hume and Benjamin Franklin, Smith’s influence would extend down to nearly every major philosopher and economist of the next two centuries. His writings continue to shape economic thought around the world today. This sleek Samsung case protects your phone from scratches, dust, oil, and dirt. It has a solid back and flexible sides that make it easy to take on and off, with precisely aligned cuts and holes. • Hybrid Thermoplastic Polyurethane (TPU) and Polycarbonate (PC) material • Solid polycarbonate back • Flexible polyurethane sides • .5 mm raised bezel • See-through sides
Save this product for later