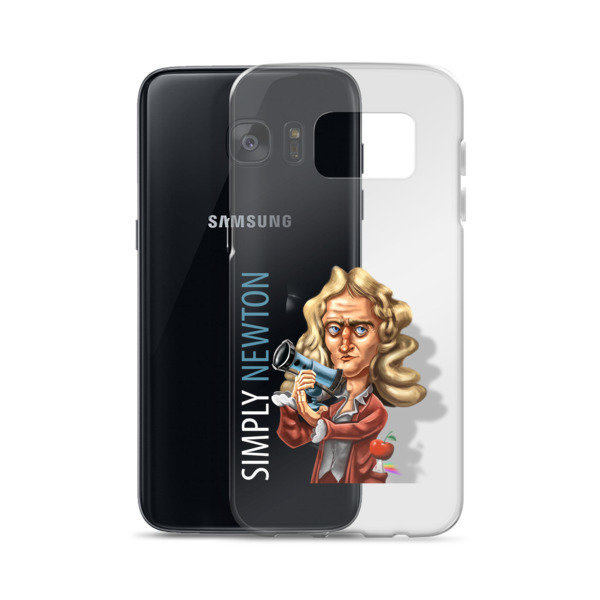 SKU 105980586-8942
$25.00
In stock
1
Product Details
One of the most important and influential scientific minds of all time, Isaac Newton (1643–1727) stands among the ranks of Galileo and Copernicus as men who changed the face of scientific discovery forever. The creator of the “three laws of motion” was not only a scientist, but a natural philosopher, mathematician, and theologian whose writings would significantly influence the coming Enlightenment. This sleek Samsung case protects your phone from scratches, dust, oil, and dirt. It has a solid back and flexible sides that make it easy to take on and off, with precisely aligned cuts and holes. • Hybrid Thermoplastic Polyurethane (TPU) and Polycarbonate (PC) material • Solid polycarbonate back • Flexible polyurethane sides • .5 mm raised bezel • See-through sides
Save this product for later