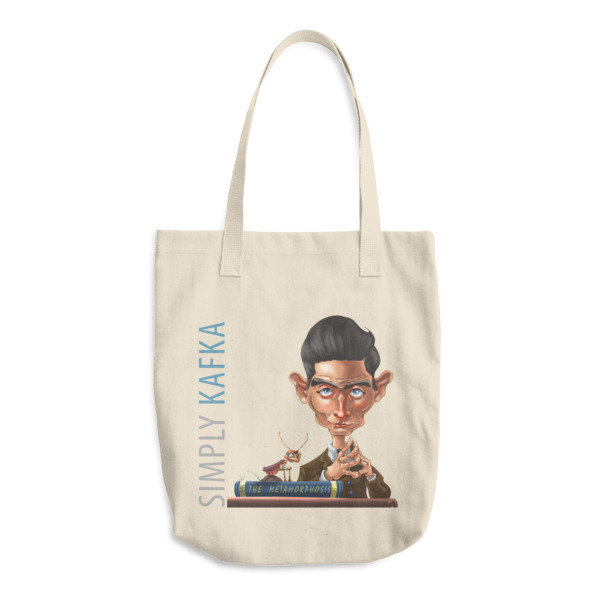 SKU 16787
$35.00
In stock
1
Product Details
The dark, surrealist writings of Franz Kafka (1883–1924) may not have attracted much attention during his lifetime, but today he is remembered as one of the most influential authors of the 20th century. The author of such famous works as The Metamorphosis and The Trial was a sickly and frequently miserable man whose stark personality is reflected in his bleak, somber works. Despite the brief length of his career, Kafka left behind a legacy of surrealist writing that stands alongside the works of Kurt Vonnegut and Pierre Naville as cornerstones of the 20th-century literary canon. A classic tote bag that'll withstand whatever you throw in it, from books to groceries! • 100% bull denim cotton construction • Dimensions: 14 ⅜” x 14” (36.5 cm x 35.6 cm) • Dual handles
Save this product for later