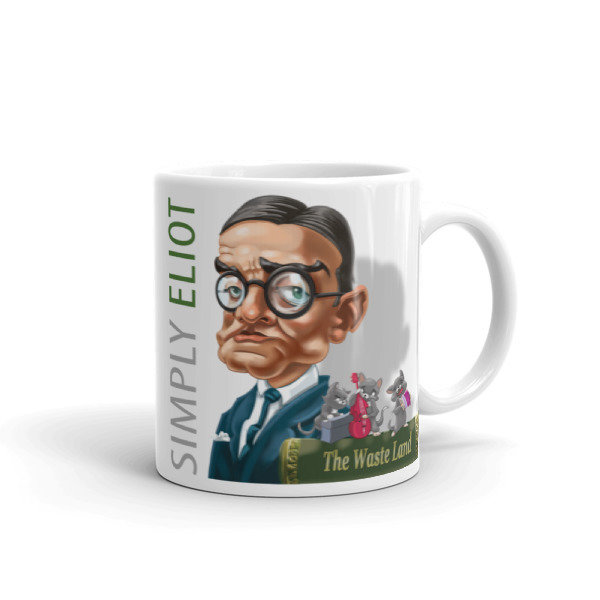 SKU 104029110-1320
$15.00
In stock
1
Product Details
An American poet who expatriated to Great Britain, Nobel Prize recipient Thomas Stearns Eliot, better known as T.S. Eliot (1888–1965), is widely considered as one of the 20th century’s most influential and innovative poets. Whether you're drinking your morning coffee, your evening tea, or something in between – this mug's for you! It's sturdy and glossy with a vivid print that'll withstand the microwave and dishwasher. • Ceramic • Dishwasher and microwave safe • White and glossy
Save this product for later