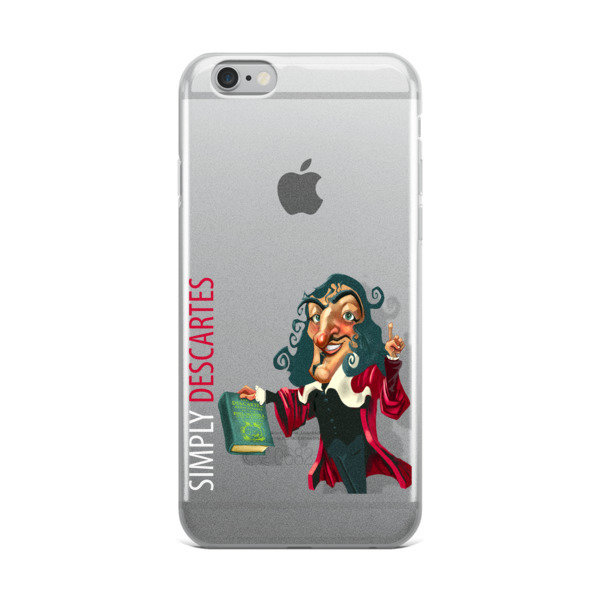 SKU 16805
$25.00
In stock
1
Product Details
The "Father of Modern Philosophy", René Descartes (1596–1650) was one of the most prominent voices of the Scientific Revolution. A key philosopher of the 17th century, he developed a connection between algebraic logic and philosophical concepts—a practice that would eventually lead to the creation of modern philosophic study. His landmark works such as "Meditations on First Philosophy" established him as one of the most influential philosophers of all time. This sleek iPhone case protects your phone from scratches, dust, oil, and dirt. It has a solid back and flexible sides that make it easy to take on and off, with precisely aligned port openings. • Hybrid Thermoplastic Polyurethane (TPU) and Polycarbonate (PC) material • Solid polycarbonate back • Flexible, see-through polyurethane sides • .5 mm raised bezel
Save this product for later