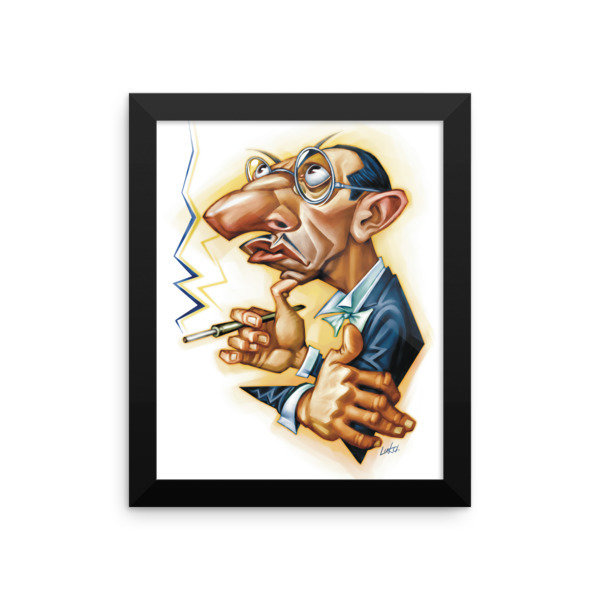 SKU 17010
$35.00
In stock
1
Product Details
Igor Stravinsky (1882–1971) was one of the most influential composers of the 20th-century. His career spanned from the early twentieth century when he composed ballets inspired by Russian myth and the era’s revived interest in distinctly Russian culture, to the experimentation in compositional styles that followed the Second World War. Though born in the nineteenth century, he lived and worked long enough to see his works inspire progressive rock music, just as he had been inspired by earlier masters like Bach and Tchaikovsky. His importance in the history of music is unquestionable. Make a statement in any room with this framed poster, printed on thick, durable, matte paper. The matte black frame adds an extra touch of class. • Alder, Semi-hardwood frame • Black in color • .75” thick • Acrylite front protector • Lightweight • Hanging hardware included
Save this product for later