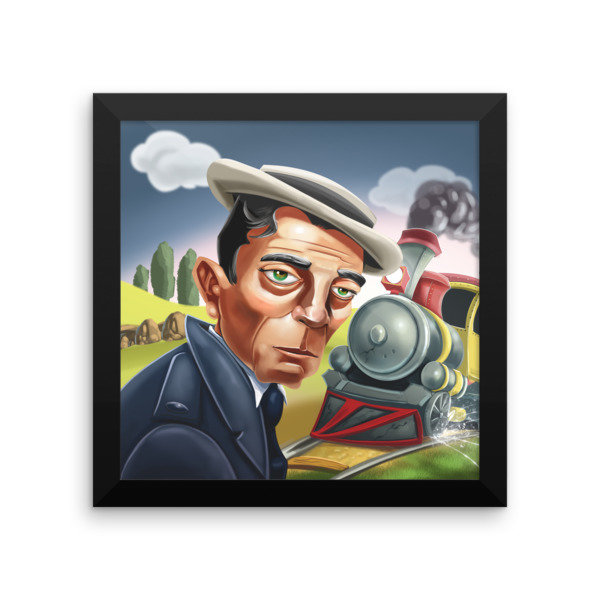 SKU 16943
$35.00
In stock
1
Product Details
Considered one of the greatest comic actors of all time, Buster Keaton (1897–1966) came to prominence during the silent film era. Known for his death-defying stunts and deadpan expression (they called him “The Great Stone Face”), Keaton was so dedicated to his art that he refused to fake a stunt or repeat a joke. His influence on physical comedy is rivaled only by Charlie Chaplin. Make a statement in any room with this framed poster, printed on thick, durable, matte paper. The matte black frame adds an extra touch of class. • Alder, Semi-hardwood frame • Black in color • .75” thick • Acrylite front protector • Lightweight • Hanging hardware included
Save this product for later